A little over a week ago, I got into a disagreement with a coworker. It was small and petty and completely unattached to anything work-related. What the argument was about really isn’t important. It was a “nothing” exchange. The whole thing was bizarre and completely unwarranted: I listened to the agressiveness coming from this person not with fear (because unfortunately, as a woman, I am used to that tone from men in the workplace) but with disappointment that he’s just not better than what’s typical from men in the workplace. I didn’t expect more from this individual, I just hoped for more.   But it’s what happened after the face to face that really affected me. He had his moment and returned to his workspace. He then decided it would be best to message me on social media to drive it home. Two sentences. That was it. And I let the first sentence define my whole weekend – and most of my week of vacation. Shame on him for starting it. Shame on me for letting him affect me so much.

“Just because you’re ugly AF…” and that’s all it took. He had said this very thing during his… let’s call it what it was… tantrum. But this was typed out. He had the time to think about what he was doing. Open the app, find my name. And type it out. Hit send. With this one sentence, he validated every what every negative voice in my head whispers at me every waking minute. I ‘m right about how I look. And everyone else sees what I see. And I am being judged. Always. My face, my body… I am being judged. It’s not just me judging me. It’s everyone.

This also completely encaspulates everything wrong with… well everything. What did my face or my looks have to do with what was said? Absolutely nothing. But he took it there. Our exchange was not project related. It was not work related. I was not wearing a shirt, button, eyeshadow or lip gloss that was offensive to him. But that’s where he chose to go, several times. He told me this in person a couple times and then took the time to send me a message to remind me. It was completely fine for him to do so in his mind. No big deal.

I did not respond. I  have however, taken the last part of his second sentence to hard and am not speaking to him. I didn’t take that as a demand, but an invitation I’d happily accept. I don’t need that toxicity surrounding me. I spend enough energy fighting my inner toxicity aimed at myself. That’s the Zen Jenn response. Fight Me Jenn wanted to battle him like a rabid squirrel monkey.

And I am repeating to myself “It’s not you, it’s him.” Maybe that voice will be louder than all the others.

My own personal mental health aside, this is not okay. FOR ANYONE. What makes it okay for any human to attack another’s look? Tell me. Explain it to me because for the life of me, I just can’t figure this out. Out on the town, on the internet, AT WORK. Just go ahead and mock someone for their looks. They think it’s fine. Let me remind you of the lesson most of y’all seem to have forgotten from kindergarten. IT’S NOT OKAY TO TEASE!

Keep your tones respectful, keep your shit together and STOP ATTACKING LOOKS! If that’s your go-to, all that means is what you see on the outside of the other person is what’s inside you – UGLY AF goings on in there. Fix it.

Do better and be better. 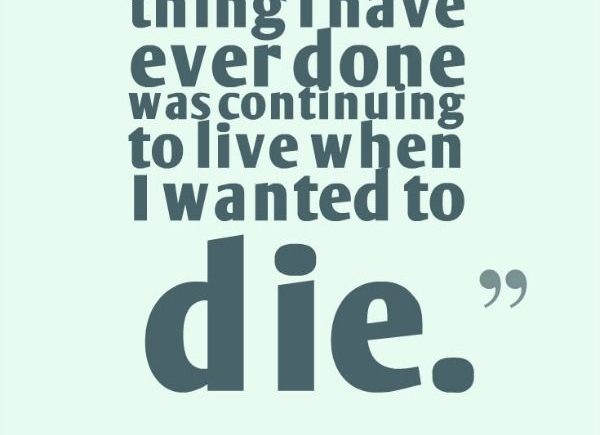